Head of the research group:

Tihomir Makovec, head of the diving base

Research on marine biodiversity is crucial in understanding what is happening in the sea and to comprehend the impact of anthropogenic factors on the marine environment. At the same time this kind of research is indispensable for assessing the ecological and environmental status of the sea as identified in European environmental legislation (Water Framework Directive, Marine Strategy Framework Directive). In concordance with this legislation, we are selecting several biological indicators for the appropriate evaluation of the status of the sea at the level of species, habitat types, and benthic and nectonic communities. In this context we are continually monitoring the status of benthic invertebrates, macroalgae, seagrass meadows, fish assemblage, Mediterranean stony coral, biogenic formations and other target species. We prepared a detailed and comprehensive monitoring program for the Slovenian sea, which contains both biological elements and supporting physico-chemical elements, in the contenxt of the implementation of the Marine Strategy Framework Directive.

§ For an overview and assessment of the status of habitat types in the circalittoral belt we are developing video-surveillance method with camera attached to a special sledge that will allow monitoring and evaluation of the situation in a non-destructive manner. Five new species of algae were recorded in the circalittoral belt for the Slovenian sea and published in an original research paper (Falace et al., 2011). The understanding of the processes and changes in biodiversity of the Slovenian sea is very important for the prediction of certain consequences (e.g. climate changes) and a rapid response. Special attention is therefore devoted to the study of Mediterranean stony coral (Cladocora caespitosa). We are conducting extensive sampling of the two largest biogenic formations in front of Cape Ronek and Debeli rtič. We are estimating population density of colonies of this endangered species, describing macrofauna (Pitacco et al., 2014) and coastal fish assemblage. At both localities we also sampling the sediment, mostly composed of dead corallites of the Mediterranean stony coral, which await further research. Colonies of Mediterranean stony coral are also used to measure the annual growth of its corallites, to determine the impact of abiotic factors, especially in relation to climate changes. In fact, recently coral bleaching phenomenon (Kružić et al., 2014) was studied in Slovenian coastal waters and at the Mljet Island (Croatia), where a multiannual project is going on together with Croatian colleagues.

§ At the same time, we are completing the mapping of micro- and macrohabitat types of marine protected areas (MPAs) and selected areas outside MPAs. We are mainly using non-destructive diving observation methods. We also developed an index to assess the status of habitat types in the infralittoral zone, based on an analysis of three ecological factors, namely vegetation cover, spatial heterogeneity and density of wrasses. We developed also an index for the assessment of the hydromorphological alteration of the rocky coastal belt (Orlando-Bonaca et al., 2012) and an index for the assessment of the status of seagrass meadows of the Lesser Neptune grass (Cymodocea nodosa) in the coastal zone, which was tested also in Italian waters of the Gulf of Trieste. Some contributions are dealing also with approaches to the sampling design for the need of the Water Framework Directive in Slovenia, like the one investigating the effect of the sample size on the assessment of ecological status using benthic invertebrates (Mavrič et al., 2012).

§ We are conducting numerous studies of littoral fish communities, with particular emphasis on the ecological factors that are structuring those communities. In the context of the ichthyofauna inventarisation we are performing visual counts of species present in the shallow sea. We evaluated the condition of coastal fish communities by using wrasses as indicator species, since they are associated with coastal vegetation at several levels (feeding, breeding and homing aspect). We are also investigating the effects of by-catch and overfishing, habitat degradation and pollution (bioaccumulation and biomagnification of methyl mercury in the food web of the Gulf of Trieste) (Horvat et al., 2014) on elasmobranch species. In addition, we are performing a lot of surveys in order to obtain information about some rare and endangered cartilaginous species. Based on this, we published an article addressing the food ecology of the pelagic stingray (Pteroplatytrigon violacea) (Lipej et al., 2013a), while two foreign students working with us conducted two master's thesis on the topic of the food habits of some sharks and eagle-rays from the Northern Adriatic. Together with colleagues from the Aquarium Piran, the first case of albinism in the Marbled electric ray was observed and described (Lipej et al., 2011). Among notable works we should point out also chapters in scientific monographs on the status of and threats to biodiversity in the Slovenian sea (Lipej and Kerma, 2012) and the impact of climate change on biodiversity in MPAs (Lipej et al., 2013b).

§ We are constantly monitoring the occurrence of non-native species (bioinvasion) and organisms associated with the process of tropicalisation and their potential impacts on native species. We published numerous scientific articles, such as the status of non-native organisms in the Slovenian sea (Lipej et al., 2012; Lipej et al., 2014) and an overview of trends and ways of introduction of non-native organisms in the Mediterranean Sea (Zenetos et al., 2012). Because of the shallowness and extreme northern position in the Mediterranean area, we expect that impacts of climate changes (primarily heating the sea) will be more pronounced in the Slovenian sea. Bioinvasion is today one of the five key factors which gave rise to the crisis of biodiversity. In the last decade, this process is becoming increasingly evident also in the Adriatic Sea.

► In the context of the cooperation in the implementation of the Water Framework Directive, we are attending all meetings for the Intercalibration of biological elements within MedGIG (Mediterranean GIG), mainly at the headquarters of ISPRA (Istituto Superiore per la Protezione e la Ricerca Ambientale). We successfully completed the second phase of the intercalibration exercises at the level of the Mediterranean Sea.

► In the framework of the international cooperation in the implementation of the Marine Strategy Framework Directive, we are attending meetings in Brussels and Copenhagen for the determination of GEnS (Good Environmental Status). We believe that in the last period we had a substantial progress in the development of new methodologies for the assessment of ecological and environmental status and that we even further improved the international cooperation at the level of the Adriatic Sea and the wider EU. 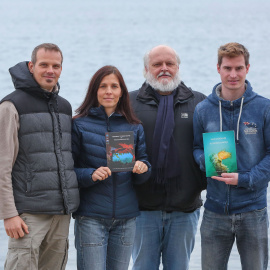 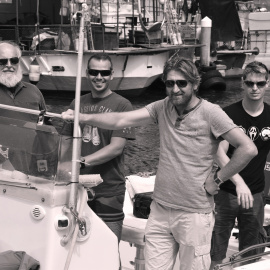 The team of biodiversity research on the boat 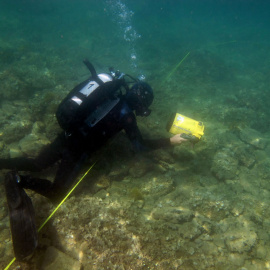 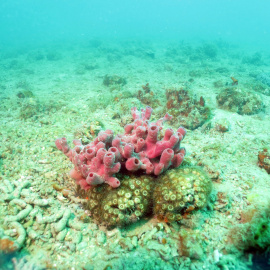 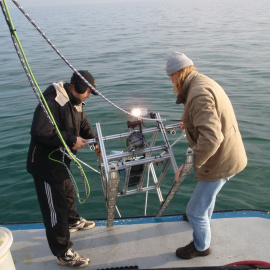 Prototype of videosladges developed for monitoring and evaluation of the status of the habitat types in the circalittoral belt. 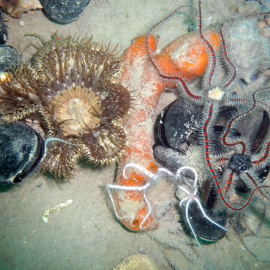 Epibenthic community in the biocoenosis of the coastal detritic bottom. 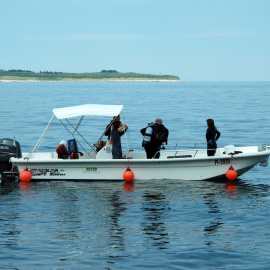 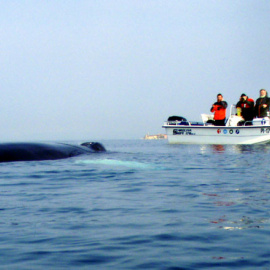 Observation of the Humpack whale (Megaptera novaeangliae) in the Piran bay. (2) 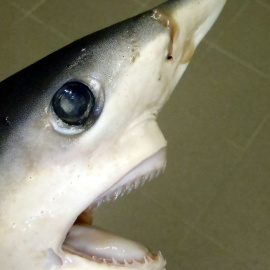 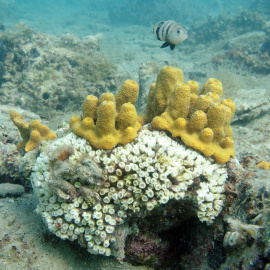 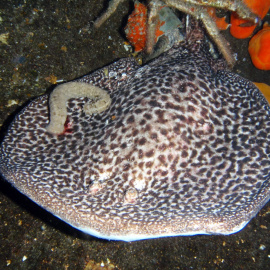 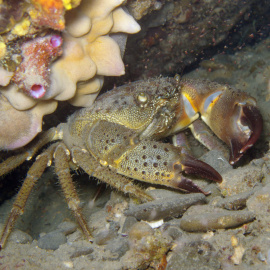 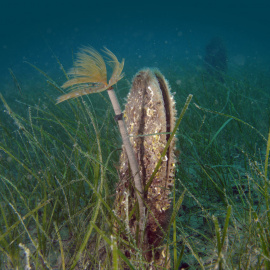 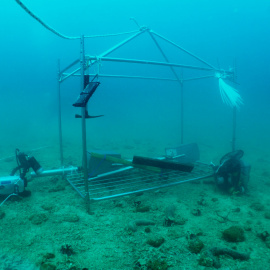 Working platform on the seafloor. 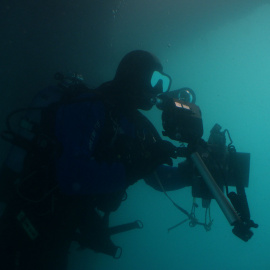 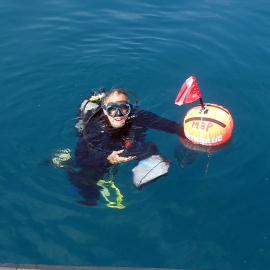