Prof. Tamara Lah Turnšek is Full Professor of Biochemistry and Molecular Biology at the University of Ljubljana and Scientific Councillor at NIB.

Lah Turnšek’s exceptional career in science began at the Jozef Štefan Institute, she acquired a significant part of her scientific and professional experience abroad at: the Department of Biochemistry at the University of Newcastle upon Tyne in the UK, the Department of Pharmacology at the School of Medicine, Wayne State University, Detroit, USA and as a Visiting Professor and Director of the Metastasis Research Laboratory at Albert Einstein Medical Centre, Philadelphia, USA. 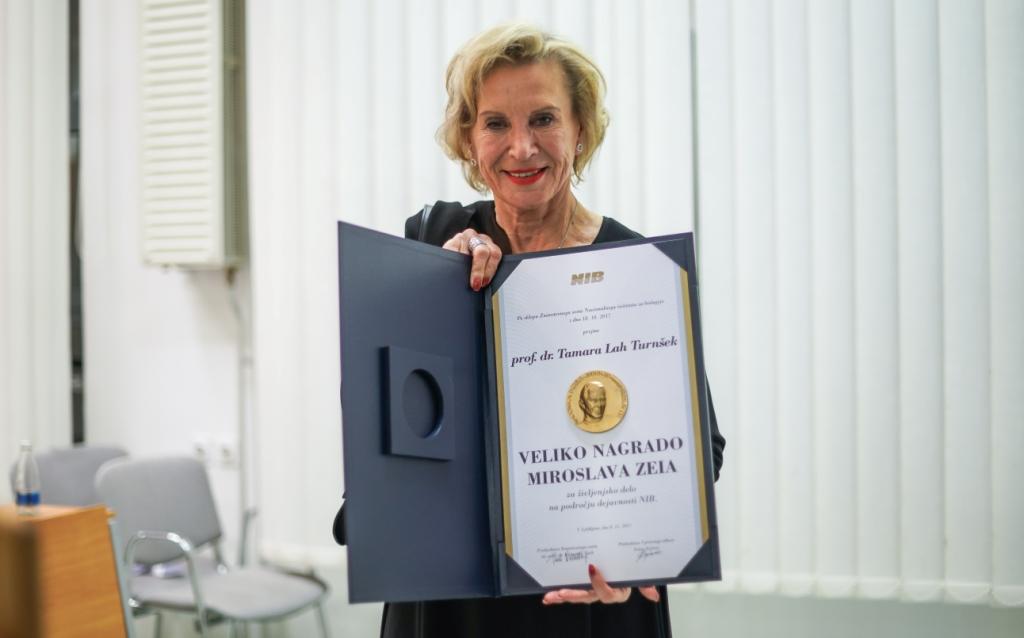 
Primary research interests of Prof. Tamara Lah Turnšek comprise the role of proteases and their inhibitors in physiological and pathological conditions, particularly in breast and lung cancer and in brain tumours, especially glioma. Lah Turnšek is not only interested in understanding the biological role of proteases but rather strives towards finding a use for newly acquired knowledge in clinical practice – in diagnostics, predicting cancer progression and identifying targets for treatment. Next major research topic of Prof. Lah Turnšek is the complex role of tumour microenvironment in cancer progression and response to treatment. Recently Lah Turnšek has been focusing mostly on the study of cellular interactions and cancer-related stem cell research at the level of transcriptomics and proteomics, using systems biology approaches.

The scientific bibliography of Prof. Lah Turnšek comprises over 700 units, including 160 original and review scientific papers that were cited over 3,600 times, setting her H-index at 38.

Upon her arrival to NIB in 1996, Lah Turnšek established the Department of Genetic Toxicology and Cancer Biology and was head of this department until a few years ago. She still acts as head of the department's »Ecotoxicology, toxicogenomics and carcinogenesis” research programme group. She was the leader of a number of national, bilateral and international research and development projects.

Throughout her career, Lah Turnšek has been very active in teaching. As Full Professor of Biochemistry and Molecular Biology she teaches several subjects in the field of Biology and Cancer Biochemistry in the scope of several Bologna II stage study programmes and post-graduate study programmes of different Faculties of the University of Ljubljana and the International Postgraduate School of the Jozef Štefan Institute. She was invited to lecture and teach at several universities abroad including among others the Academic Medical Centre of the University of Amsterdam, where she was the “Honorary invited lecturer SPINOZA” and University of Sao Paolo where she was Visiting Professor teaching a postgraduate course for PhD Biochemistry students. She was supervisor to 15 PhD students and a number of MSc and BSc students.

Lah Turnšek was involved in the organisation of eight international Conferences on Experimental and Translational Oncology (CETO) dedicated to cancer research and treatment, she presided the last one in 2017. These conferences do not only hold great scientific significance but are also important in terms of establishing contacts between researchers and medical doctors which contribute importantly to the fast transition of knowledge from basic laboratory research to clinical practice.

Prof. Lah Turnšek maintains an active presence in public discourse and actively engages in national and international science policy. During the last 20 years she has made a great contribution to the reputation and understanding of natural sciences, not only among professionals but also among the general public. Between 2000 and 2008 she was President of the National Committee for Equal Opportunity for Women Scientists, and an active member of the EU Helsinki group “Women in Science”. She is a long-year active member of the KORIS directors’ association and member of the Slovenian Academy of Engineering. Lah Turnšek is currently the President of the Scientific Council of the Republic of Slovenia and the President of the Committee for National Science Zois Awards, Zois Certificates of Recognition, the Ambassador of Science of the Republic of Slovenia Certificates and Recognitions and the Puh Certificate of Recognition.

Lah Turnšek has been the Director of NIB for over 20 years and has lead this institution with great success, contributing to the present-day situation where NIB is the largest national institute in the field of Biology and third largest natural research institute in natural sciences. Her achievements as a leader are based on excellent management skills and consistent pursuit of scientific excellence. Among her most important achievements as head of NIB is the upgrading of the Marine Biology Station in Piran into a state-of-the-art research facility in 2006.


The impressive CV of Tamara Lah Turnšek is available at the following link: http://www.nib.si/component/directory/?view=details&id=43&Itemid=12 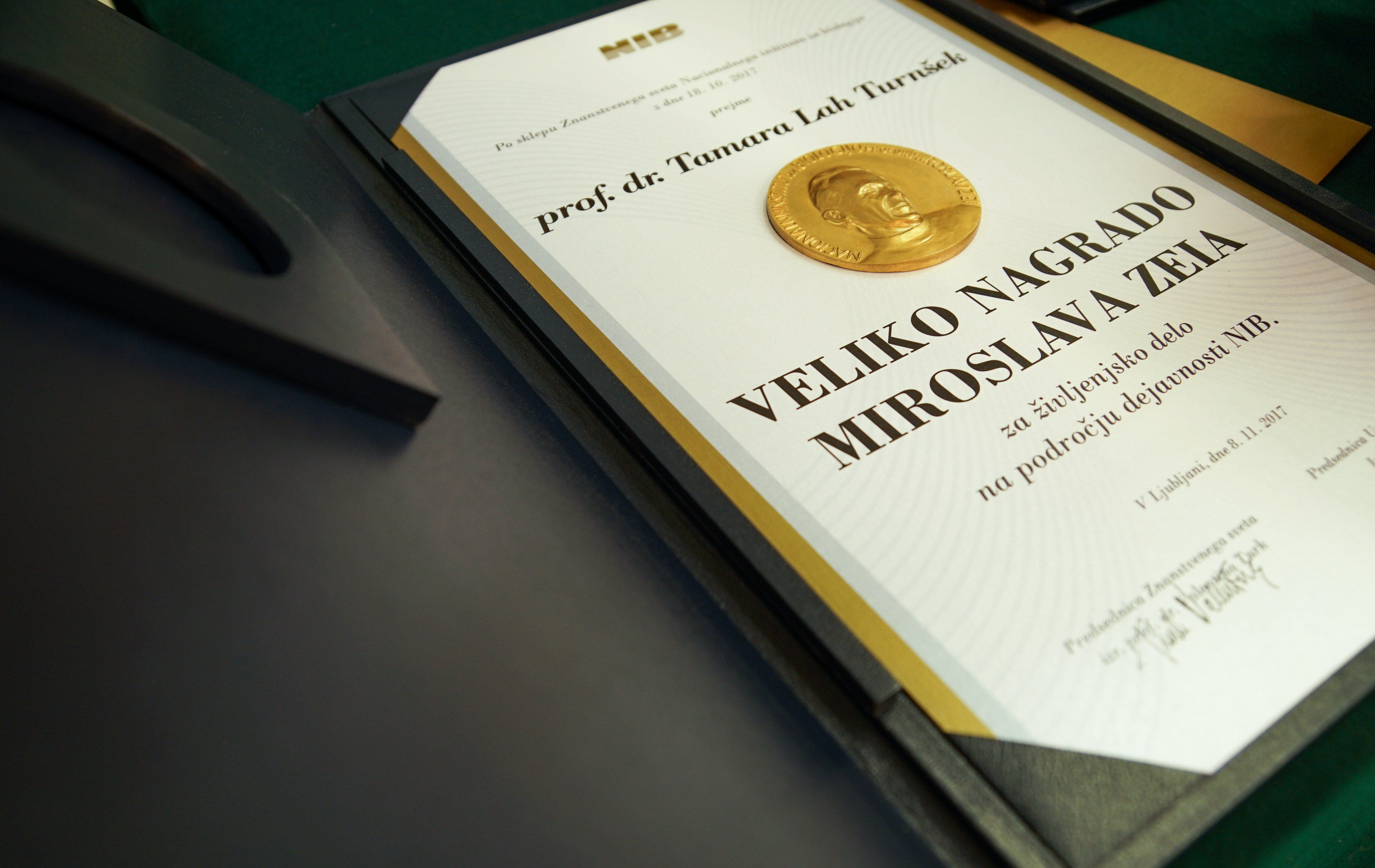