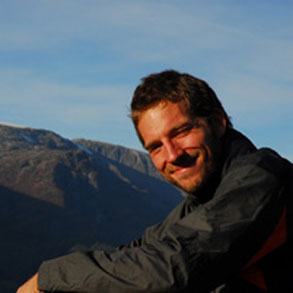 SHORT CV
I studied Physics at Faculty of Mathematics and Physics (University of Ljubljana). I graduated in 2009 under supervision of Prof. Tomaž Zwitter. The thesis was titled: "Influence of giant molecular clouds and dark matter halos on the motion of stars in our galaxy". We calculated the positions and velocities for 14187 stars in the galaxy from RAdial Velocity Experiment data and modeled their trajectories for 10 billion years.

I was a junior researcher at MBP NIB from 2013 to 2017. The PhD thesis was titled: "Biophysical population model of Moon Jellyfish (Aurelia aurita s.l., Scyphozoa)" and the research was carried out under the supervision of Prof. Alenka Malej (National Institute of Biology, former head of Marine Biology Station and director of the International Ocean Institute Operational Center Slovenia) and Prof. Álvaro Peliz (University of Lisbon, Instituto Dom Luis).

From 2017 to  2019 I was employed by Slovenian Environment Agency to work on coastal flooding  in the scope of I-STORMS project (Adrion).

In 2019 I was awarded a postdoctoral project by Slovenian Research Agency for the period of 2 years (ARRS Z7-1884).

As an expert collaborator at National Institute of Biology I participated in the development of the forecasting chain of ocean models, carried out in collaboration with Slovenian Environment Agency and the University of Athens. The work was supervised by Prof. Vlado Malačič (NIB) and Prof. Sarantis Sofianos (University of Athens). In 2010, I spent two months at the University of Bergen, Norway, as a guest of Prof. Jarle Berntsen, where I investigated the numerical stability of the implementation of the Princeton Ocean Model in the Northern Adriatic.

I participated in two international scientific cruises in the Balearic Islands led by Dr. Laura Prieto (CSIC, Spain), an international research expedition on the island of Mljet (led by Prof. Lovrenc Lipej, NIB) and countless national sampling campaigns. I spent 9 months at the University of Lisbon developing a ROMS_AGRIF ocean model adapted to the Adriatic domain.

I was one of the supervisors at the student project on development of an autonomous boat (PKP 25-07-02) and scientific supervisor to Dr. El Khalil Cherif (University of Porto) during his 6-months stay at NIB under Deep Blue scholarship.

FIELD OF RESEARCH
My primary interests are physical ocean modeling and biophysical models.