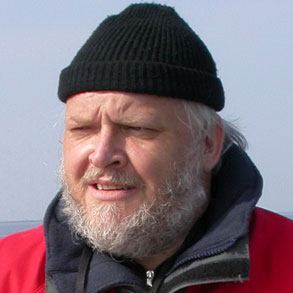 Among many projects, leaded by him, it should be mentioned the "Assessment of the Ecological Status of the sea in accordance with the Water Framework Directive (WFD)"In the period 2005-2006. He published approximately 100 scientific papers and some scientific and professional monographies. He wrote 5 scientific monographs, three of them in English language.

At the Marine Biology Station of the National Institute of Biology he is involved in the research of biodiversity in Slovenian coastal waters. He started his scientific career as a zooplanktologist with special regard to microzooplankton and tintinnids. He focus his research interest to the feeding habits of marine cladoceran Penilia avirostris.

Since 1997 he is dedicated to studies related to marine biodiversity of Slovenia with emphasis to marine fauna and habitat types. His faunistic efforts are focused to the study of coastal ichthyofauna and to research related to the processes of bioinvasion and tropicalisation. Lately, his scientific interests are devoted to the research of Mediterranean stony coral in the Slovenian sea and the Velo jezero (Mljet, Croatia).

He included the non destructive methods in the regular monitoring and research of marine biodiversity. His scientic methods involve the use of SCUBA diving.

Among other activities it should be mentioned that prof. Lipej has been the editor in chief of the scientific journal Annales for Istrian and Mediterranean Studies for over 20 years as well as the member of various editorial boards of scientific journals.

Link to COBISS, a Slovenian database containing all my publications