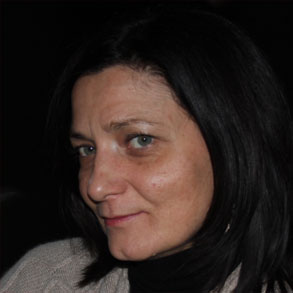 I was mentor of two Ph.D. students who applied for the ARRS young researchers’ programme.

My fields of expertise are: phytoplankton ecology and physiology of coastal seas, including abundance, taxonomic composition, biomass and photosynthetic properties of phytoplankton and primary production measurements, study of harmful algal blooms, and eutrophication of coastal sea due to land-based pressures. I am involved in the implementation of European legislation in the field of water protection for the assessment of ecological and environmental status of the sea using phytoplankton.

After becoming a Ph.D. graduate I earned a postdoctoral applied research project (L1-1570), which was co-financed by the Municipality of Izola, as well as a Slovenian-Croatian bilateral research project (BI-HR/06-07-017). I collaborated in 9 international projects; six of them are EU projects. I was also a project leader of a smaller UNESCO/IOC project (Mediterranean Action Plan – Technical Support for the Implementation of MED POL – Phase III).

For more than a decade I was being assigned leader of two national monitoring programs, which are in line with EU directives: monitoring of the ecological status of coastal waters (financed by the Slovenian Environment Agency) and monitoring program of toxic phytoplankton species at shellfish growing areas (financed by Administration of the Republic of Slovenia for Food Safety, Veterinary Sector and Plant Protection).

Till now I published 38 original scientific articles (23 in journals with IF).

I am member of the Mediterranean Science Commission (CIESM, Monaco) and the International Society for the Study of Harmful Algae (ISSHA).

In 1999 I was nominated editor and member of the editorial board of the scientic journal Annales - Annals for Istrian and Mediterranean Studies, Series Historia Naturalis.

In 2001 I was awarded the prize Pro Natura of the joint fund between Dr. Aleksandra Kornhauser and German foundation Boehringer Ingelheim.

In 2002 I was appointed national representative of the Intergovernmental Panel on Harmful Algal Blooms (IPHAB) of the UNESCO IOC-HAB programme.

Link to COBISS, a Slovenian database containing all my publications