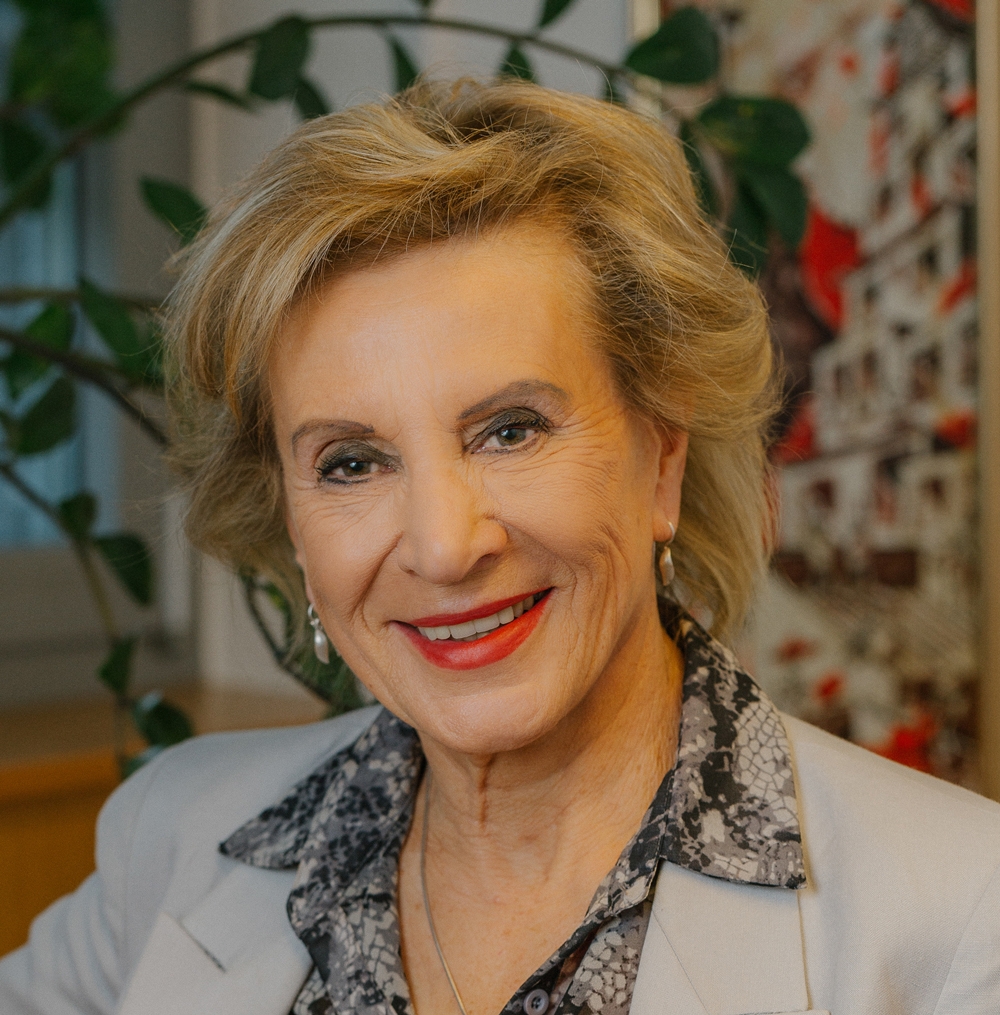 Prof. Dr. Tamara Lah Turnšek obtained her PhD in 1981 at University of Ljubljana and Josef Stefan Institute (IJS) with a Thesis in the field of protein biochemistry. She has been employed at IJS as a researcher for about 20 years, with several intermediate periods of visiting foreign institutions, first already as PhD candidate in Newcastle upon Tyne, UL, Assistant Professor at the Faculty of Medicine at Wayne State University in Detroit and later as Visiting Professor and Director of Metastasis Research at Albert Einstein Medical Centre in Philadelphia, PA. Soon after her postdoctoral studies, she committed her research to cancer, which she performed initially at IJS and later at National Institute of Biology (NIB). She became the Director of NIB in 1995-2018 and established the Department of Genetic Toxicology and Cancer Biology, where she continues to work to this day, remaining the Leader of its research programme and consultant to the current Director.

RESEARCH INTERESTS
During her early employment as MSci at the Paediatric Clinic, where Tamara Lah investigated hereditary metabolic diseases, she developed an interest for biomedicine and its clinical application. Later on, she cooperated tightly with the Division of Stomatology and Institute of Oncology and is currently collaborating with the Department of Neurosurgery and the University Medical Centre in Ljubljana. Professionally, she is interested in biology of tumours (breast, lung, ovarian and brain tumours), but has recently focused on stem cells in relation to glioblastoma progression. Besides glioblastoma stem cells, she is interested in mesenchymal stem cells as part of tumour micro-environment and as therapeutic agents in regenerative medicine and oncology. She performed clinical research in tumour biomarkers with the aim to their application in prognosis and prediction of the disease. In these respects, she has been cooperating with pharmaceutical companies in USA (Oncogene, Ltd.) and Slovenia (KRKA, Ltd., in and Lek Sandoz-Novartis, Ltd., MGC Pharmaceuticals, Ltd). Her recent research has been dedicated to biomarkers of cancer stem cells as new therapeutic targets in particular in the most lethal of all cancers, the glioblastoma. This cancer was the subject of research in her many of her international links in Europe and overseas, in UK; USA and Brasil.

Tamara Lah Turnšek has published about 170 original scientific papers and reviews, several contributions to monographs, some professional and very many public articles, presentations and interviews, etc.

IMPORTANT MEMBERSHIP IN SOCIETIES
Tamara Lah Turnšek is a member of several national and international professional and scientific societies, a member of EU Advisory Board and Committees in the field of Life sciences and biomedicine and has served as evaluator in EU projects.

PROJECTS RELEVANT TO THIS APPLICATION (as Principal Investigator)

LARGER INTERNATIONAL PROJECTS:
Descriptions:
ERA-NET Virtual Institute (PathoGenoMics) INREMOS: SYSTHER- Systems Biology Tools Development for Cell Therapy and Drug Development comprised the partnership between Slovenian teams from the Nacional Institute of Biology and Blood Transfusion Centre and German groups from University of Potsdam/Institute of Biochemistry and Biology/Max Planck Institute of Molecular Plant Physiology, Junior Research Group Systems Immunology/Institute for Theoretical Biology, Humboldt-University Berlin, University Clinic for Neurosurgery/Ludwig-Maximilian University of Munich (LMU) in Großhadern, MicroDiscovery GmbH The value of the whole project was 5 mio EUR. The goal of this five-year project was long term collaboration between German and Slovene groups and institutions, working on modern trends in biology, such as development of advanced cell therapies in cancer and in particular understanding cancer stem cells and revealing their targets. The project is aimed to develop system biology transcriptomics, proteomics and metabolomics in solving the problems of cell therapy. Very successful spin-off company of NIB Biosistemika Ltd was established as a result of this project, Also, intense collaboration with companies LEK, Ltd. and BiaSeparation,Ltd., was initiated. Several excellent publications resulted from this project.

GLIOMA: Determination of New Biomarkers of Brain Tumours as Diagnostic indicators and Therapeutic Targets Slovenija- Italija 2007- 2013 (General Coordinator T.Lah 2008 – 2015). This was 1.3 mio EUR three years project within European Program of cross -border cooperation. Besides NIB, collaborators are Medical Faculty, University of Ljubljana, University Medical Centre Ljubljana and University Hospital in Udine, Sinhrotrone Trieste, as project partners from Italy. The main goal of the research collaboration was the role of glioma stem cells in yumour ptogreassion and to establish joined tissue and cell bank in the region.

As the continuation of GLIOMA, in July 2017 the project TRANSGLIOMA, Interreg SLO-IT Programme: New Therapies of glioblastoma based on cross-border translation research platform (Coordinator for NIB T.Lah, 2017-2020) was approved to the same group, aimed to validate newly discovered GSC markers that would altogether complement therein proposed.

EDUCATIONAL ACTIVITIES
Prof. Dr. Tamara Lah got her academic title of full Professor for biochemistry and molecular biology at the Faculty of Biotechnical Faculty and is teaching Biology of Cancer and  Bologna II /III stages at  Department of Biology, BF, UL; Chair of Biochemistry. FKK; Medical Faculty – Biomedicine and at International Postgraduate School Josef Stefan (IPS).

Prof. Dr. Lah was also the mentor/comentor of cca  20 PhD students, 15 Master students and 18 bachelor students, Visiting Professorship:
“Honorary invited lecturer SPINOZA” at the University Amsterdam Academic Medical Centre in June 2011, teaching the doctoral medical students on stem cells in cancer and on the role of proteolytic systems in cancer progression;
She was visiting Professor at the University of Sao Paolo between October2013 – 2016, holding a course for doctoral students of biochemistry on “Selected themes on tumor biology”at Instituto de Química, Universidade de São Paulo. The Programe was sponsored by CNPQ, Brazilian National Council of Technological and Scientific Development, contributing to academic collaboration between two countries.
Summer Schools. Tamara Lah organised International Summer School: “Modern approache to research and treatment of cancer” in April 2013, also editing the Book of abstracts. This was the 6th in the series of International summer schools that regularly took place at NIB-Marine Biology Station Piran.

RESEARCH DISSEMINATION AND PROMOTION
Tamara Lah co-organised 8 »International Conferences on Experimental and Translational Oncology- CETO« in Slovenia and was the president of CETO in 2017. She has also been the member of Programme Committees of nearly all Slovenian Biochemical Society Congresses and chaired one of them. In 2013 she co-organised the whole week events “Ten days dedicated to fighting cancer” with world class home and international scientists and expert’s attendance In 2017 she organised exclusive meeting GLIOMAFORUM of cca 50 excellent scientists from Europe and USA, discussing the advanced brain tumours. This conference was organised at the Marine Biology Station in Piran.