Among terrestrial animals, spiders exhibit the most extreme cases of difference in size between males and females. Female spiders are much larger than male, with examples of females being up to 500 times more massive than males. Despite considerable research efforts, the explanations for the evolution of sexual size dimorphism in spiders remain controversial.

Arriving at a female as fast as possible is one of the most important goals for an adult male spider. To reach females, males must climb vertically and use their silk to bridge spaces in vegetation, a challenge that is possibly limited by large male size. The gravity hypothesis proposes that this size limitation is one of the main drivers of the evolution of sexual size dimorphism in spiders.

A logical prediction from this hypothesis is that in highly sexually size dimorphic spiders, smaller males would confer advantages compared with their larger peers, thus gaining the upper hand in arriving at females, and securing paternity. Researchers from Slovenia have tested this hypothesis and published their findings on 15 May 2019 in the online journal PLoS ONE (see citation and link to the paper below).

Shakira Quiñones-Lebrón, a PhD student at the University of Ljubljana, and her advisors, Matjaž Kuntner, director of the National Institute of Biology, and Simona Kralj-Fišer, a senior scientist at the Research Centre of the Slovenian Academy of Sciences and Arts, as well as Matjaž Gregorič, tested the predictions that smaller males would confer advantages in a mating context, experimenting on a laboratory population of the African hermit spider.

These authors investigated whether smaller males of an exceptionally sexually dimorphic spider from South Africa, Nephilingis cruentata, a species that also exhibits a wide range of male sizes, indeed have an advantage in vertical climbing and bridging. If so, this could explain the maintenance of small males in the evolution of nephilid spiders that are notorious for sexual size dimorphism.

In their experiments, males of various sizes were subjected to climbing and bridging tests. But surprisingly, it was larger, not smaller males that were faster climbers, against the predictions for small male advantage. No differences in bridging ability was found across male sizes.

“It seems that what maintains smaller sizes in male spiders is species-specific and a single hypothesis, as elegant as it may be, cannot explain the evolution and maintenance of sexual size dimorphism in all spiders” – said Quiñones-Lebrón, first author of the study.
These results suggest that locomotor abilities do not explain the evolutionary maintenance of small males in this sexually dimorphic species, and therefore, other selection pressures should be explored.


The link to the published article 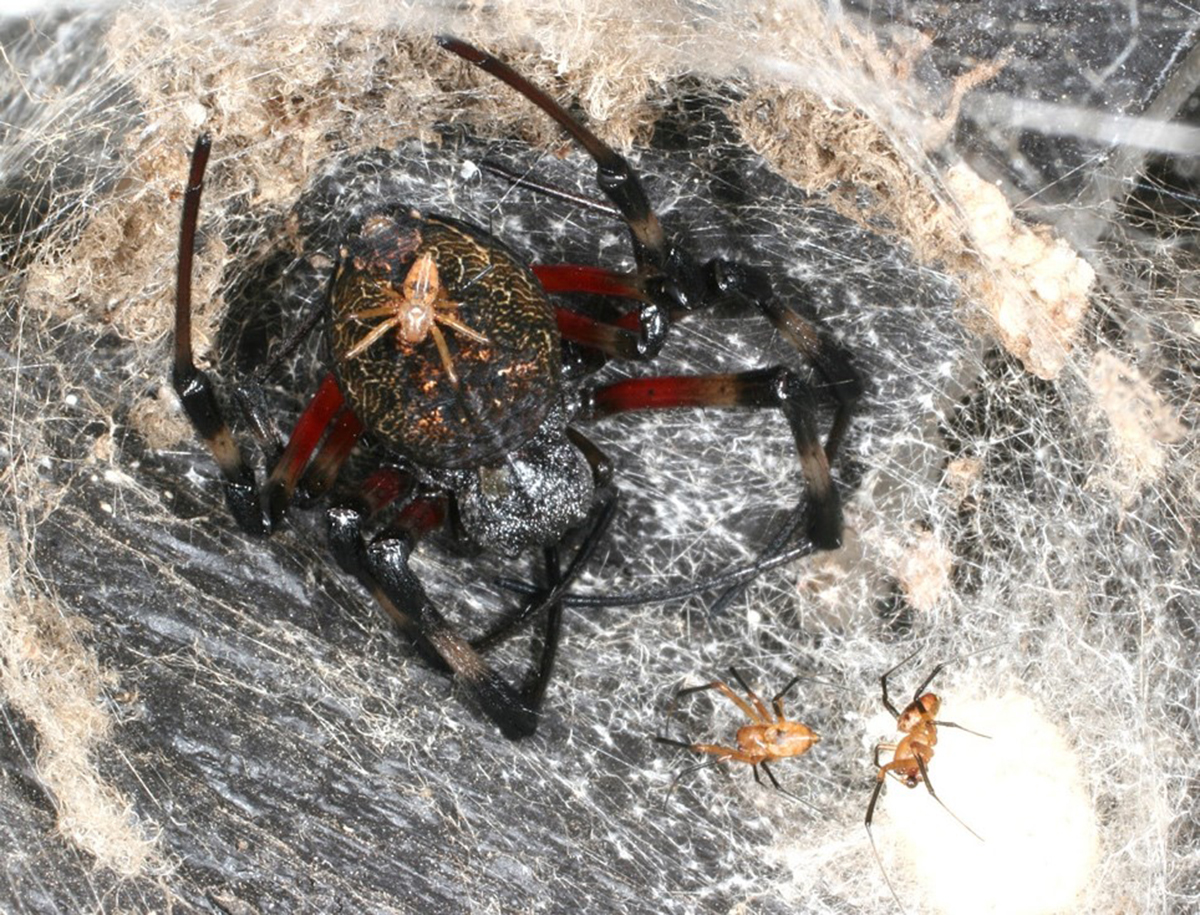