The 2016 Miroslav Zei award for outstanding achievements in the NIB’s field was presented to: 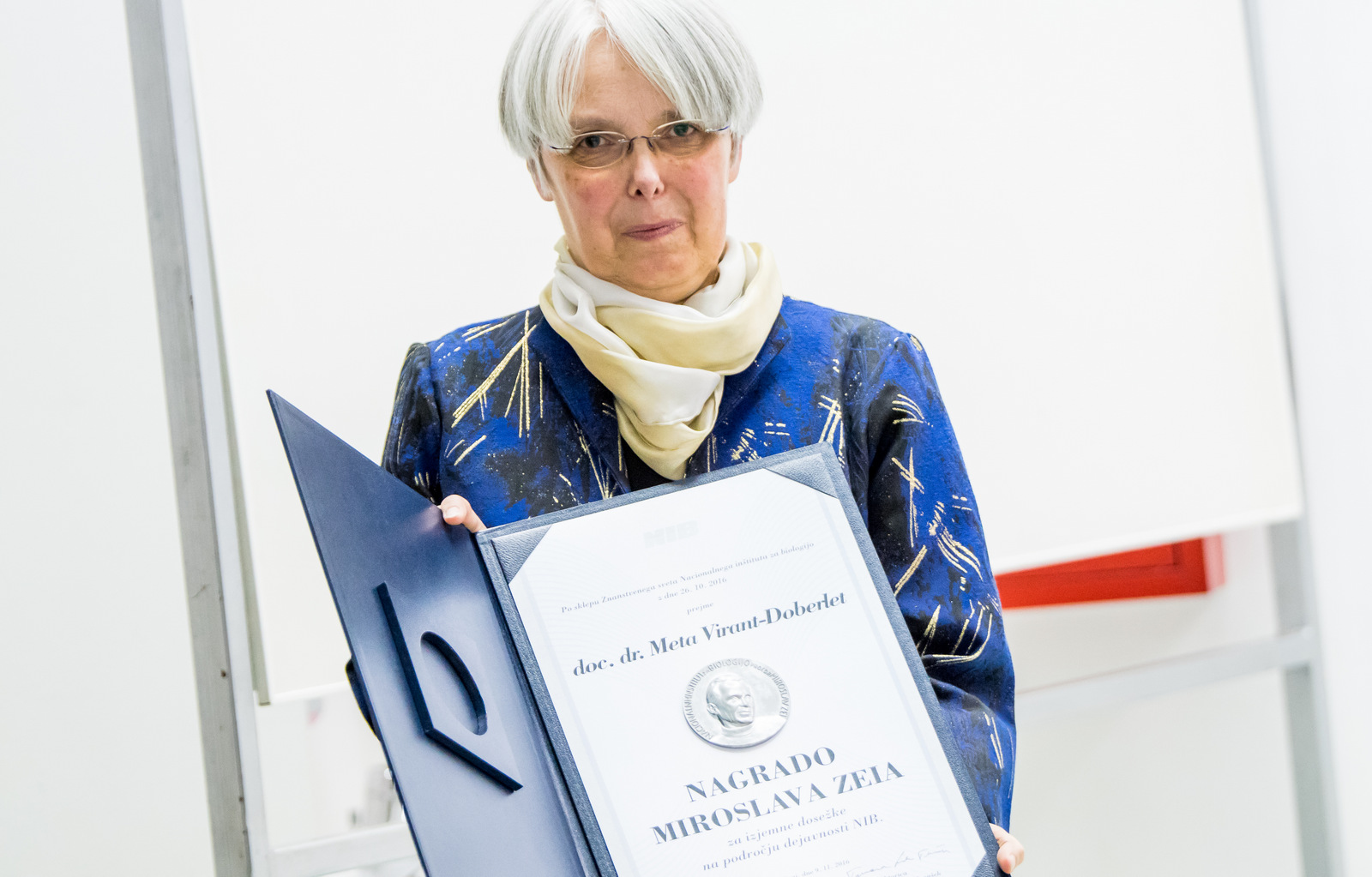 A notable feature of the remarkably successful science career of Dr Virant-Doberlet has been her intensive international work, which began with an early stint abroad, where she spent lengthy periods participating in research programmes at elite scientific institutions such as the Max Planck Institute in Germany, and the University of Cardiff. She also held a short Nato scholarship in Madeira, and since 2010 has been closely cooperating with Foundation Edmund Mach in San Michele in Italy. Dr Virant-Doberlet is at the very top of globally recognised researchers into insect vibrational communication and behaviour. Evidence of her status came in the form of the Insect Drummer Lifetime Achievement Award, which she received in 2015 at the symposium on vibrational communication in arthropods held in Frankfurt, Germany. Her membership of the editorial board of the Bulletin of Entomological Research, and her peer review work at the most prestigious journals are further evidence of the excellence of her research work. She is also a project reviewer at the National Science Foundation (NSF), the Austrian Science Fund (FWF) and Newton Trust.

The supreme quality of Dr Virant-Doberlet’s research work over the last five years has been reflected in 24 original scientific papers in prestigious journals. She has also contributed four chapters to internationally published monographs, and has made 23 presentations at conferences inside and outside Slovenia.

She has recently qualified as a lecturer in thology at the University of Ljubljana, and is thus passing on her wealth of knowledge to young scientists, who under her mentorship have already received several prestigious awards. She is also known as an outstanding scientist outside the laboratory, having been a member of the Slovenian Research Agency’s body for assessing the central specialised information centres, and since 2016 has been the biology representative on the SRA’s natural sciences research council. She is also a member of the NIB’s Scientific Council, becoming its vice-president this year. She has been head of the Department of Entomology at the NIB since 2013, and last year also became head of the Department of Freshwater and Terrestrial Ecosystem Research. Since the beginning of the year Dr Virant-Doberlet has headed the combined Department of Organisms and Ecosystem Research. 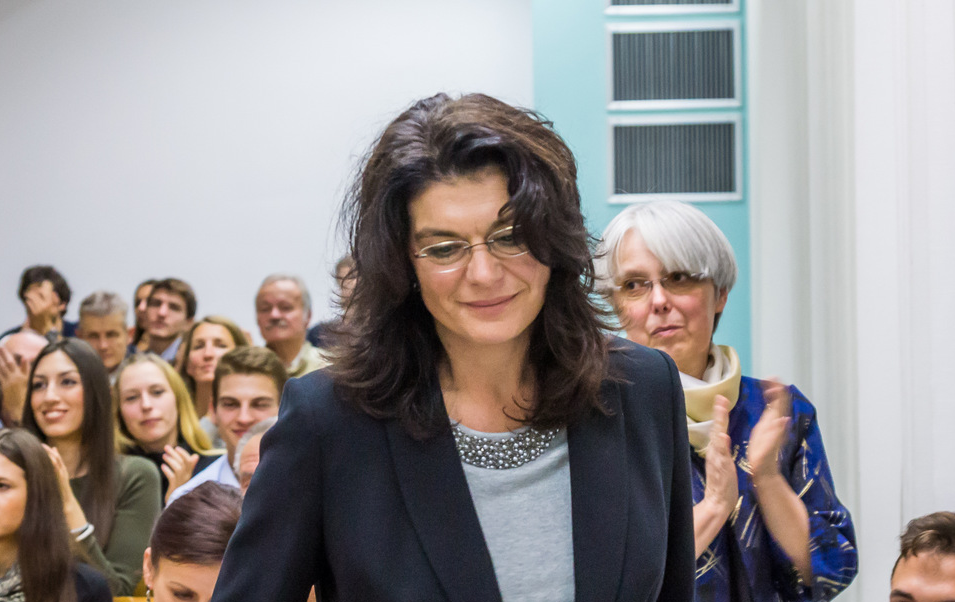 Prof. Sepčić is a Full Professor at the Department of Biology of the University of Ljubljana’s Biotechnical Faculty, whose principal field of research are natural compounds and their biological role. In this field of almost unlimited possibilities, her three main research foci are the aegerolysin family of fungal proteins, natural products from marine organisms, and nanomaterial-protein interactions.

Although the biological role of aegerolysin proteins is not yet entirely elucidated, it has been shown that some of them specifically interact with membrane lipids and form transmembrane pores in target cells. Prof. Sepčić is trying to find biotechnological applications for aegerolysins, for example by using them as molecular tools for studying the structure and function of membrane lipids and lipid domains in living cells.

Natural compounds from marine invertebrates of primary interest to her are those with potential pharmacological and biomedical applications. For a number of years she has been studying polymeric alkylpyridinium compounds extracted from Adriatic sponge, and their synthetic analogues These compounds could be used as tools for stable transfection of mammalian cells, and also as non-toxic antifouling agents for protecting submerged surfaces such as ship hulls. Recently she has also devoted time to search for new biologically active compounds from yet unexplored Antarctic sea sponges.

An important part of Prof Sepčić’s research is aimed at the study of interactions between carbon nanomaterials with enzymes and serum proteins. In recent years, carbon nanomaterials have emerged as revolutionary agents for treatment of diseases such as cancer, in targeted delivery of drugs and in gene therapy, and as biosensors. Prof. Sepčić and her colleagues have shown that carbon nanomaterials have an exceptional surface adsorption potential for enzymes from the group of cholinesterases. Graphene oxide has proven to be the most effective adsorbent of cholinesterases, the enzymes retaining the majority of their activity even after adsorption. Thanks to these surface properties graphene oxide could be used to immobilise cholinesterases, and is currently the most suitable nanomaterial for the development of biosensors for diagnostic purposes.

Prof. Sepčić’s research has always been oriented towards potential biotechnological and biomedical applications, to which her co-authorship of an international patent bears testimony.

Over the last five years Prof. Sepčić has succeeded in creating a rich body of scientific work, consisting of 47 original and review scientific papers, one professional paper, and two contributions in scientific monographs.