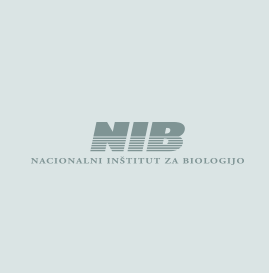 The main project “Insect-borne prokaryote-associated diseases in tropical and subtropical perennial crops (Tropicsafe)” will involve 22 international partners coordinated by the University of Bologna. Funded under the “Horizon 2020” European programme with about 4 million euro for a period of four years, the project aims at preventing the spreading of some important bacterial diseases of plants, currently found in tropical and subtropical areas in the epidemic phase.

These diseases are already putting the import of some food products to Europe at risk and may in future have a strong economic impact on our “local” agricultural products: the project aims at evaluating economic sustainability and investigating the impact of the solutions identified during the study on the different local products.

The species which are most at risk for developing these diseases transmitted by insects – and therefore very invasive – and which are due to bacteria that are currently in quarantine in the European Union, are grapevines, citrus trees and palm trees. The researchers will address their efforts into two directions: on the one hand, to prevent these diseases from spreading to Europe, on the other hand, to identify effective methods to reduce their epidemic presence in the tropical and subtropical regions of the Planet.

“These diseases – explained Professor Assunta Bertaccini, Department of Agricultural Sciences of Alma Mater University and project coordinator – are due to the presence of bacteria which do not have cell walls, called phytoplasmas, associated with flavescence dorée of palm trees and grapevine; in the case of citrus fruits, the bacteria have very thin cell walls and are associated with a disease known as ‘huanglongbing’ that, after developing in Chinese cultivations, has moved to America where it is now devastating”.

The researchers will go to African regions such as Ghana, South Africa and Reunion, then to Mexico, Chile and some areas of the Caribbeans, including Guadalupe, Jamaica and Cuba, as well as to Spain and Italy, to develop and adapt the methods already developed by the project partners to the specific epidemic situations, getting the most out of the knowledge acquired from the pluriannual investigations conducted at the University of Bologna, where the Italian researcher set up the international research team “IPWG - International Phytoplasmologist Working Group” in 2007 and has been leading a number of projects of harmonization of the strategies to reduce the use of pesticides and the impact of bacteria “vectors” at the European level.

This project has received funding from the European Union’s Horizon 2020 Research and Innovation Programme under Grant Agreement No. 727459